Posted-onJanuary 25, 2022By lineBylinerobparnell_v69hwck5
Hello,
.
Rob Parnell here. I hope you’re well and happy.
.
Here are the latest exploits of The Experience.
.
I’ve got two gigs coming up this month, barring disasters, floods, plague or government mismanagement, all of which seem likely these days, Looking forward to playing live again. See my facebook page for more details.
https://www.facebook.com/robparnellband
. 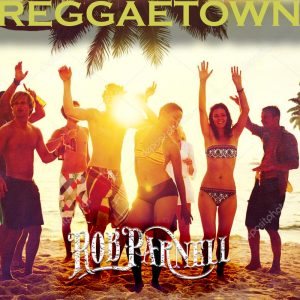 .
I released another song this week. Reggaetown. I may have mentioned it was on the way! It’s currently on Soundcloud, awaiting your ears! https://soundcloud.com/robparnellexperience/reggaetown
.
Just read an article about how 70% of current music industry revenue is based on music that is more than 20 years old. That’s pretty amazing. Seems like it’s true what people often say: that they don’t make music like they used to.
.
Even right now the most downloaded music artists are Creedence, Dylan, Queen, Zeppelin and The Beatles – which although amazing in itself, doesn’t say much for modern music artists.
.
I blame the machines – the robots they use to decide which songs will be popular. The machines at Spotify and modern radio stations identify the beats, the auto-tuned vocals and the melodies and then deliberately choose songs that sound like the ones they already play. That’s the real reason why new music sounds the same – it literally IS the same.
.
Also record companies are apparently terrified of lawyers these days because every successful record gets sued for plagiarism. I guess being original is just too hard for most music producers.
.
There’s no investment in originality anymore because the market for new music – right across the board including jazz, classical and pop – is dwindling. Did you notice that the Grammys were postponed recently?
.
No? Nor did anyone else…
.
Thanks for listening. See you soon.
.
The Rob Parnell Experience
https://linktr.ee/robparnellexperience
.
PS: Share the love, forward The Experience to a friend!
Scroll Up Scroll Up